Home / 注目新書 / 《The Orchid Flora of Taiwan: A Collection of Line Drawings》精彩內容試閱

《The Orchid Flora of Taiwan: A Collection of Line Drawings》精彩內容試閱 My passion for native orchids was not immediately aroused when I became a graduate student in the Botany Department of National Taiwan University (NTU) in summer 1971. At that time in the shade house of our department, many native orchids which were left by Horng-Jye Su were being cultivated. He had used them for his master’s thesis study only 2 years earlier. My adviser, Dr. Su-Hwa Tsai, encouraged me to use them for an anatomical study. At that time, a large-scale plant survey or hunting project had just begun which was led by Dr. Charles E. DeVol for the purpose of publishing the Flora of Taiwan (first edition published in 1978). Because of the above scenario, I was assigned to collect wild orchids if I wanted to participate in the field trip team. From 1971 to 1974, I climbed several of the highest mountains in Taiwan, including Mt. Morrison (Jade Mt.), Mt. Hsueh (Snow Mt.), Mt. Tapachien, and Mt. Peitawu. It was exciting to see so many fascinating orchids for the first time in my life. From 1973, I worked for the Taiwan Forestry Research Institute (TFRI), where I continued collecting orchids and making line drawings. After a collecting field trip, I had to go to the departmental library to find possible names from the old Japanese literature. Most descriptions, however, had no photo or figure, so identification was very difficult and vague. In 1974, I decided to publish what I knew about orchids from our field trips that culminated in the publication of the first volume of Native Orchids of Taiwan in 1975 and the second volume in 1977.

After the publication, I garnered much important attention from Taiwanese and Japanese researchers. Ren-Li Wang, the first professional plant painter in Taiwanese history, had just retired from the TFRI, but was still temporarily working in the herbarium of the institute. In summer 1976, he presented me with 12 exquisite watercolor drawings of native orchids. He was assigned a job in 1933–1936 during the Japanese occupation period to draw figures under the supervision of Genkei Masamune who was working at Taihoku Imperial University University. Mr. Wang deliberately kept some of the drawings which he should have presented to Mr. Masamune. I was so happy because these figures are so precious to Taiwan. In 1976–1977, Dr. Ken Inoue, who was studying the Platanthera, wanted to visit me. So we had a field trip to Taipei County to see the flowering of Platanthera stenoglossa. Then we developed a joint project to study Taiwanese Platanthera because most type specimens of our Platanthera were deposited in the herbarium of Tokyo University. That cooperation resulted in publication of Platanthera of Taiwan in 1980. To further my education, I decided to go to the US for an advanced degree. In 1980, I went to the Crop Science Department, Oregon State University to learn seed biology which was in line with my job description at the TFRI. On the way to the US, I stopped by Japan to meet Kohkichi Segawa in Tokyo, a major contributor of living orchid plants for Noriaki Fukuyama’s study. I also visited Takasi Tuyama who was studying Gastrodia at that time. In the 1980s, Segawa was elderly, and he decided to present me with some duplicate orchid specimens which he provided to Dr. Fukuyama. All of those specimens, including the only Neottia acuminata, are deposited in the herbarium at TFRI.

In 1987, I became a plant physiologist and seed biologist and returned to the TFRI. From 1988 to 2000, I studied forest seed storage and population genetics. In 2000, I moved to the Botany Department, at NTU which was a much better research environment for me. I continued my study of plant molecular biology. When I had a chance to go into the field for tree seed collection, native orchids that I encountered during my trip never received my attention. Despite Wei-Min Lin continuing to press me to publish descriptions of his new orchids, it was not until 2004 when I was finally moved to write simple papers in my leisure time for publication in the journal Taiwania.

From 2005 to the present, I published many papers regarding new or newly recorded orchids of Taiwan. It is interesting to note that in the modern period before 1980, most new or newly recorded species were found by myself, but after 2000, none of the new or newly recorded species were discovered by me. I realized that a clear delimitation between species is fundamental for testing evolutionary theories and is integral for implementing conservation strategies. I felt a responsibility to present, as far as I could, a carefully prepared orchid flora for the people of Taiwan. Based on this book, more than 470 species, varieties, and natural hybrids are presented including more than 500 line drawings which far exceeded my earlier Native Orchids of Taiwan published between 1975 and 1987 which consisted of about 270 entities. The unique point of the line drawings is a focus on the morphology of the gynostemium including the pollinarium, pollinia, viscidium, and rostellum which are generally omitted from many orchid books. I must thank the many wildorchid hobbyists who in the last 15 years continuously provided me with unknown orchids they had collected from every corner of the islands of Taiwan. Before I retired from my post at the Institute of Plant Biology, NTU in 2017, I possessed abundant information on our native orchids. I made a promise to myself that one day I would compile all that we had learned and publish a complete version of our native orchids so that researchers worldwide can learn something from Taiwan. 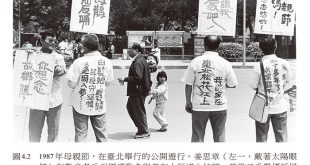 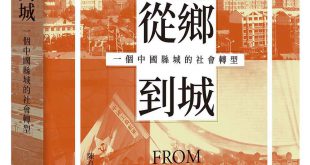